What is Accelerated ESS, and Why do it?

The goal of Environmental Stress Screening (ESS) in production is to force a marginal product to fail during the screen rather than after it is shipped. The classic ‘bathtub curve’ that shows failures vs. time in the field for a product includes a period of ‘infant mortality’ failures that are the result of products that are marginal failing early in life. If ESS is implemented, the goal is to force those infant mortality failures to occur while the product is still in the factory. To learn more, watch our video at the end of the page. 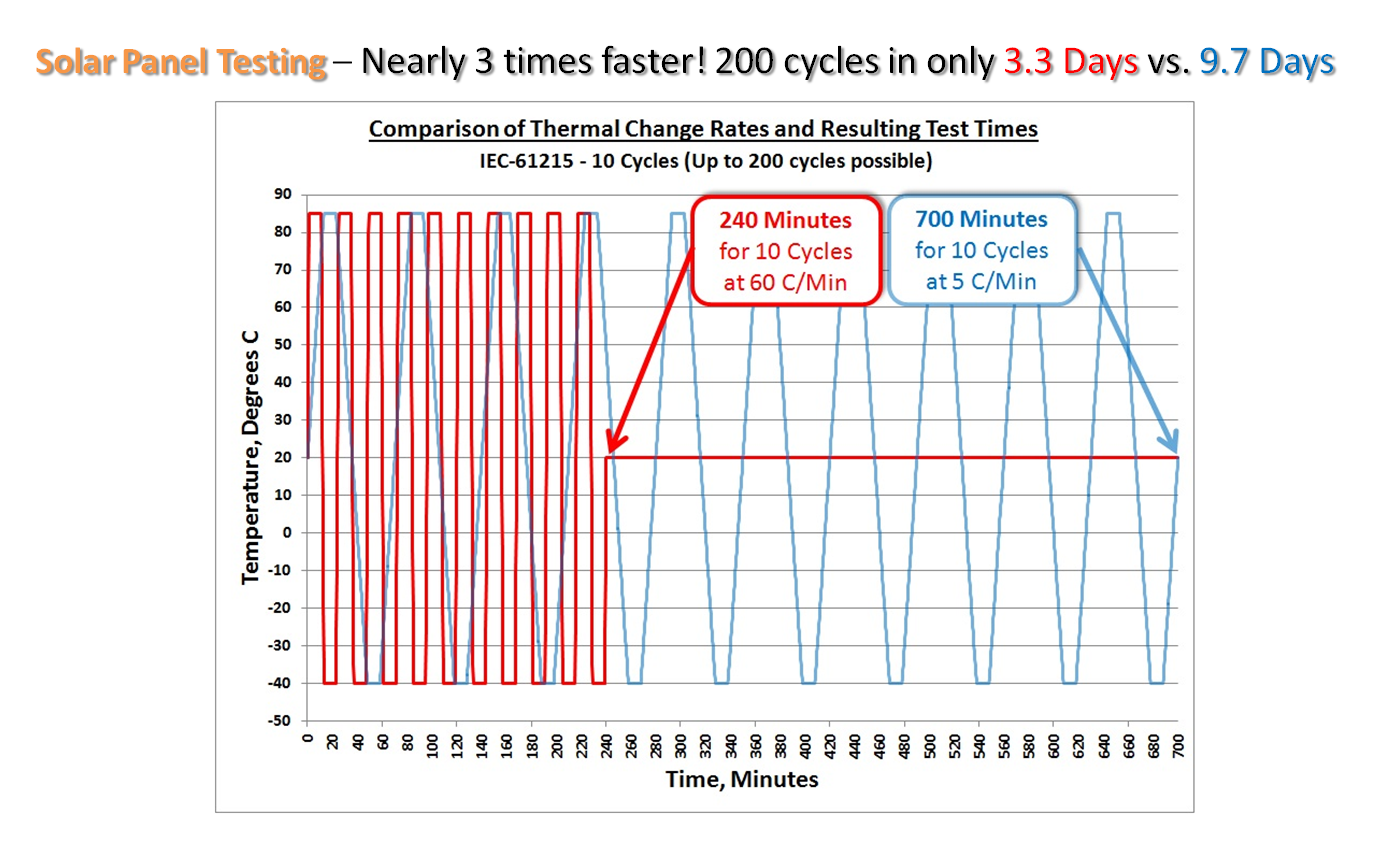 In the early days of integrated circuit development and use, the majority of infant mortality failures were due to chemical migration issues in the circuits themselves. These types of purely chemical failure mechanisms are effectively accelerated by simply operating the device for an extended period of time at an elevated temperature. Here, the stress applied is high temperature, and the screen is typically called ‘burn-in’.

Other types of latent failure modes are accelerated by other stresses. Vibration is effective for failure modes that are due to poor solder joint quality. Dwells at hot and cold temperatures are effective for exposing solder joints prone to solder creep. There are many other examples, detailed in various mil spec and industry documents.

All of these failure types contribute to the infant mortality failures in a product. An environmental screen that is just burn-in only catches F(t). It also takes a relatively long time. Thermal ramps will catch F(r) and some F(d), depending on the dwell times. Also, some F(t) will be found, simply due to the hot dwells between ramps. It is well known that F(t) type failures do not represent a large percentage of the failure mode population. The failure rates in burn-in are often very low, but the failure rates in the field stay high, clearly indicating that accelerating F(t) type failures is not achieving the goal of reduced infant mortality. All of these failure modes are accelerated by the stresses from a ESPEC Qualmark system (although true chemical type stuff not so much, but that percentage is so low anyway, it doesn’t matter.)

If you are doing an ESS that includes thermal ramps, the precipitation efficiency of that screen can be calculated with mil std 344A. Then, a screen using the higher ramp rates that the ESPEC chamber is capable of can be calculated that meets the same efficiency… we call this AccESS (Accelerated ESS). Because the ramps are so much faster, this screen will be much shorter, saving time and money!!

Because the new screen is shorter, you can afford to take the time to extend the hot and cold dwells. This will increase the efficiency of the screen because of the detection of solder creep issues. These issues were not known or accounted for when 344A was written, but they are a well documented source of infant mortality now.

If you have done a test on the product to determine the actual thermal limits of the product, and expanded those limits if possible by eliminating design issues, then the ramps in the ESS can be extended beyond the product specification, based on the results of the limit test. This increased range will increase the efficiency even further, reducing the test time even more.

A wide range of latent failure modes can be effectively accelerated by vibration, some only by vibration. If a vibration limit test is done on the product, so the vibration tolerance is known, and any exposed design issues are eliminated, then the manufacturer can safely introduce vibration into the ESS for the product. This will greatly expand the overall efficiency of the screen, because now many of the failure mode types will be accelerated, including those accelerated by a combined environment (surface mount solder joints) and those that need vibration. The likelihood of capturing any latent defect, regardless of the stress that accelerates it, is greatly increased. This achieves the goal of reduced infant mortality.

To learn more about our Chambers click the links below or watch our video: