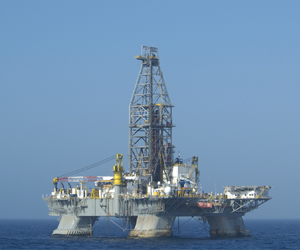 “We needed solutions. Fast.” Not an uncommon response when our PS team inquires why a customer from the Oil and Gas Exploration industry engages them. Product integrity is paramount for business survival in the Oil and Gas Exploration industry. Non Productive Time (NPT) can quickly run into the millions of dollars, and exponentially explode should a rig incur downtime due to a downhole electronics failure.

Downhole can be the most abusive environment conceivable. Demand for deeper wells and increased need for tool function sophistication serve to heighten product reliability and warranty risk. ESPEC Qualmark’s PS experience in the industry can provide a faster path to dramatically reducing warranty costs.
A highly complex electronic sensing device made by this well regarded manufacturer inexplicably failed in its downhole application. Immediate in-house Failure Analysis and testing began to try to replicate and re-mediate the issue. A subsequent similar NPT event occurred again in another exploration field. The issue quickly escalated to the very top levels of the business where a NPT blemish on the company’s reputation would mean significant lost revenue. The mandate was to fix the issue — now. Out of time and unable to pinpoint what was triggering the failure, the company’s engineers reached out to ESPEC Qualmark PS for solutions.

The PS team designed an advanced Accelerated Stress Testing approach utilizing the extended stresses of ESPEC Qualmark’s TyphoonTM Inferno system. Within 20 hours of testing, not only was the team successful in recreating the NPT issue, other areas of potential concern were brought to the customer’s attention.

RESULTS: In a mere 2 days the PS customer had the information it needed to perform corrective action and act swiftly to eliminate this significant source of NPT expense for their company. Additionally, Failure Analysis and Corrective Action on the other potential issues pointed out by the PS team enabled the customer to extend the robustness of their downhole electronics systems and proactively eliminate NPT.

To further guard against any future warranty excursions due to internal or external process changes the PS customer contracted with ESPEC Qualmark to develop an effective HASS (Highly Accelerated Stress Screen). As part of the HASS screen development process additional anomalies were noted in a batch of new production product. Through diligent tracing of the failure mode, a component was identified that caused a hard-to-troubleshoot intermittent failure mode. The PS customer worked with their supplier and was able to remedy the issue before product shipped to the field.